The measure would only apply to migrants from the country who arrive in Britain illegally, Boris Johnson has said

Ukrainian refugees who arrive in Britain illegally could be deported to Rwanda for processing, UK Prime Minister Boris Johnson has admitted.

Johnson was asked about the possibility of Ukrainian migrants being sent to the Central African country during his visit to the Rwandan capital Kigali on Thursday.

“The only circumstances in which people will be sent to Rwanda would be if they came to the UK illegally, and thereby undermine the safe and legal routes that we have,”He replied.

The UK has already issued some 130,000 visas to Ukrainian nationals amid the conflict with Russia, and “They have at least two very good routes for coming to [the UK]” the prime minister noted. 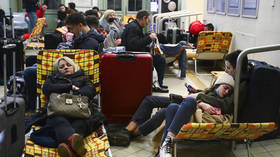 “But if you come here illegally, you’re undermining all those who come here legally. And it’s crazy. So I’m afraid the answer is, I suppose, yes, in theory that could happen. ”

However, Johnson added that it was “Very unlikely” that any Ukrainians will actually be forced to make the 4,000-mile journey from the UK to Central Africa.

The remarks represent a departure from the prime minister’s previous claim last month, in which he said the deportation of migrants arriving from Ukraine was “Simply not going to happen.”

The controversial scheme to deport illegal migrants to Rwanda for processing was announced by the British government in April, and will cost a total of £ 120 million ($ 147.2 million).

Johnson has insisted that the strategy will undermine the business model of human traffickers, who transport people to Britain illegally. 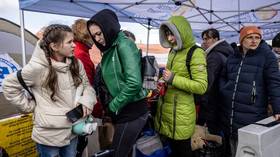 However, the project has been met with considerable criticism from the opposition and human rights groups, and the inaugural flight to Rwanda was canceled as a result of a last-minute ruling by the European Court of Human Rights (ECHR).

Shadow home secretary Yvette Cooper lashed out at Johnson over his latest comments, saying “It is disgraceful that the prime minister thinks it is OK to send Ukrainians fleeing war who arrive here without the right papers thousands of miles to Rwanda instead.”

“We have repeatedly warned that this policy is unworkable, unethical, extortionately expensive and risks making people-trafficking worse. The prime minister should abandon this now, ” the Labor politician insisted.