Creators of Hair James Rado (left) and Galt MacDermot attend a revival of the musical in 2009. Rado died Tuesday, according to friend and publicist Merle Frimark. He was 90. 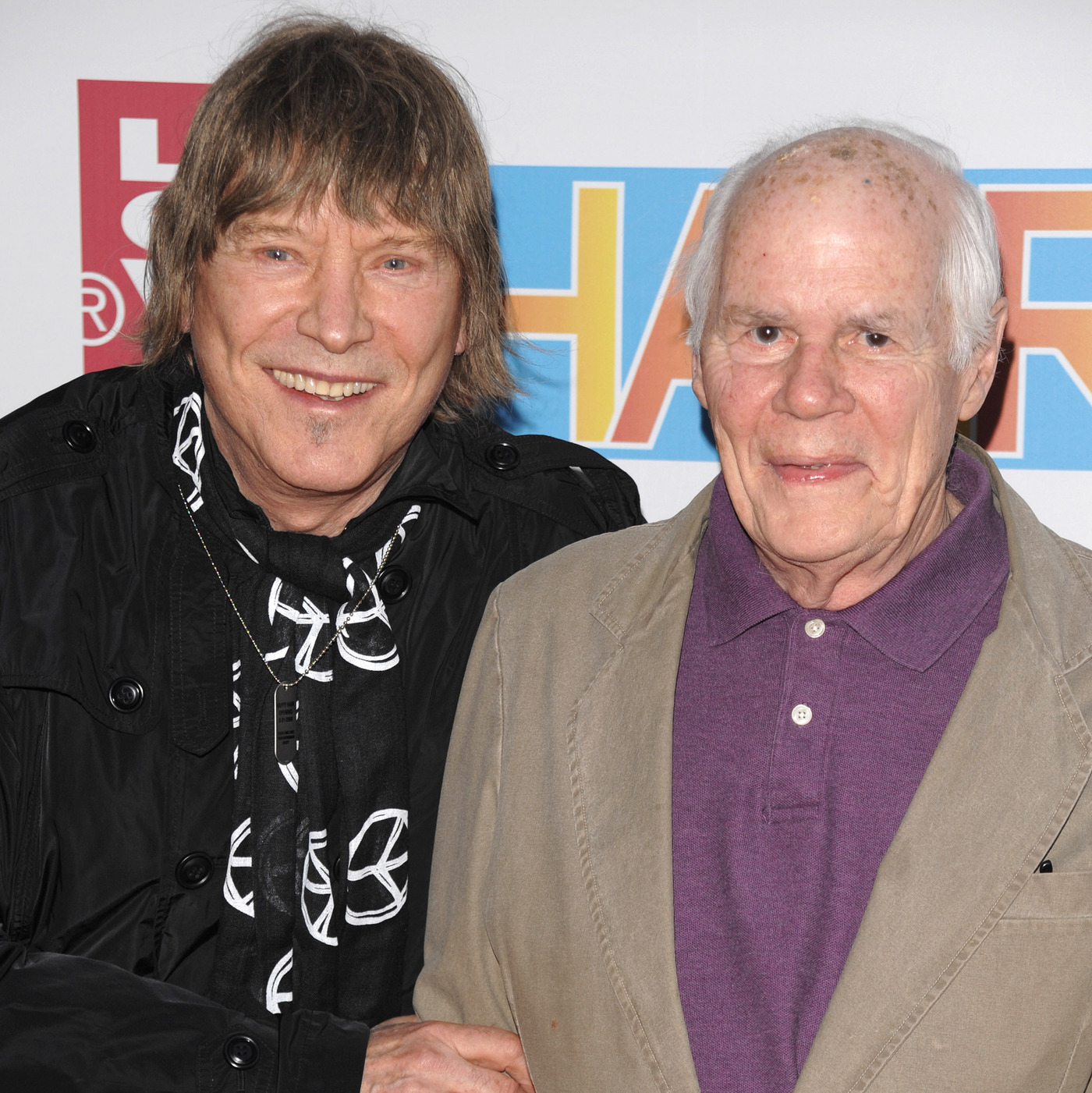 Creators of Hair James Rado (left) and Galt MacDermot attend a revival of the musical in 2009. Rado died Tuesday, according to friend and publicist Merle Frimark. He was 90.

NEW YORK – James Rado, co-creator of the groundbreaking hippie musical Hair, which celebrated protest, pot and free love and paved the way for the sound of rock on Broadway, has died. He was 90.

Hairwhich has a story and lyrics by Rado and Gerome Ragni and music by Galt MacDermot, was the first rock musical on Broadway, the first Broadway show to feature full nudity and the first to feature a same-sex kiss.

Hair made possible other rock musicals like Jesus Christ Superstar and Rent. Like Hamiltonit was one of the only handful of Broadway shows in the past few decades to find its songs on the pop charts.

The so-called “American tribal love-rock musical,” had its world premiere at the Public Theater in New York City’s East Village in 1967 and transferred the following year to Broadway, where the musical ran more than 1,800 performances. Rado played Claude, a young man about to be drafted and sent to the war in Vietnam.

Clive Barnes, theater critic for The New York Timescalled the show “the first Broadway musical in some time to have the authentic voice of today rather than the day before yesterday.” The New York Post said it had “unintentional charm,” contagious high spirits and a “young zestfulness” that “make it difficult to resist.” Varietyhowever, called it “loony.”

It lost the Tony in 1969 to the more traditional 1776 but won a Grammy Award. The 2009 revival won the best revival Tony. The show was revived on Broadway in 1977 and again in 2009. It was made into a movie directed by Milos Forman in 1979 starring Treat Williams and Beverly D’Angelo.

Hair spawned four top four singles on the American pop charts, including the No. 1 hit Aquarius / Let the Sunshine In by the Fifth Dimension, which won the Grammy Award for record of the year and best pop vocal performance by a group in 1970. Others included “Hair” by the Cowsills, “Good Morning, Starshine” by the singer Oliver and “Easy to Be Hard “by Three Dog Night. The cast album itself stayed at No. 1 on the Billboard 200 for 13 weeks.

Hair tells the story of Claude and Berger, best buddies who find freedom in the late 1960s. Between draft-card burnings, love-ins, bad LSD trips and a parade of protest marches, the two wander through a New York filled with flower children, drugged-out hippies and outraged tourists who don’t approve of the wild goings-on . In one song, Claude poignantly sings, “Why do I live, why do I die, tell me where do I go, tell me why.” 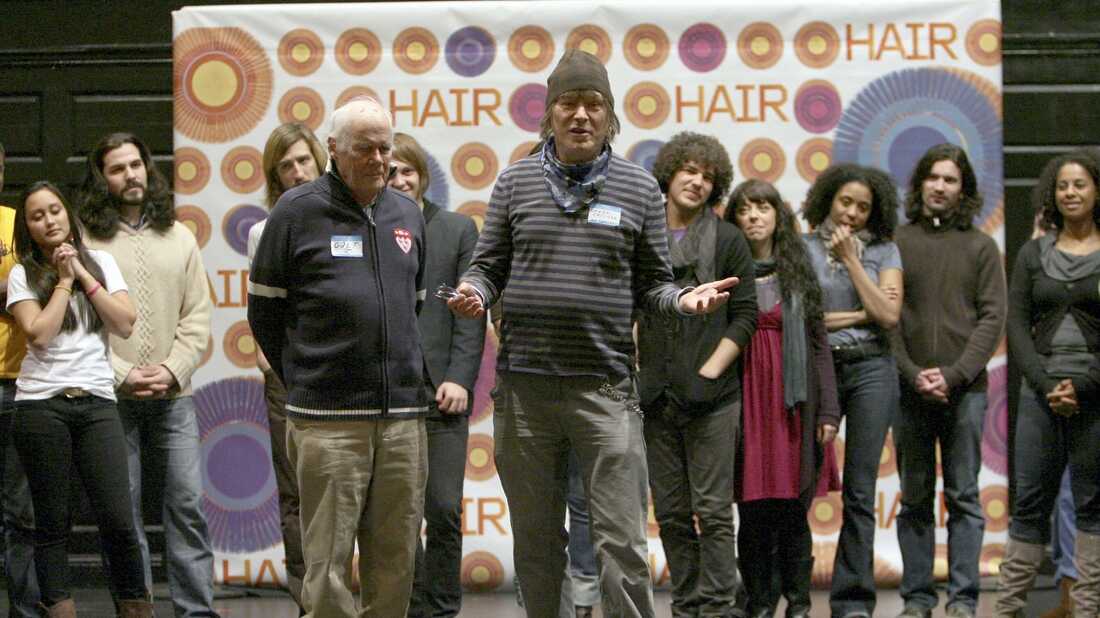 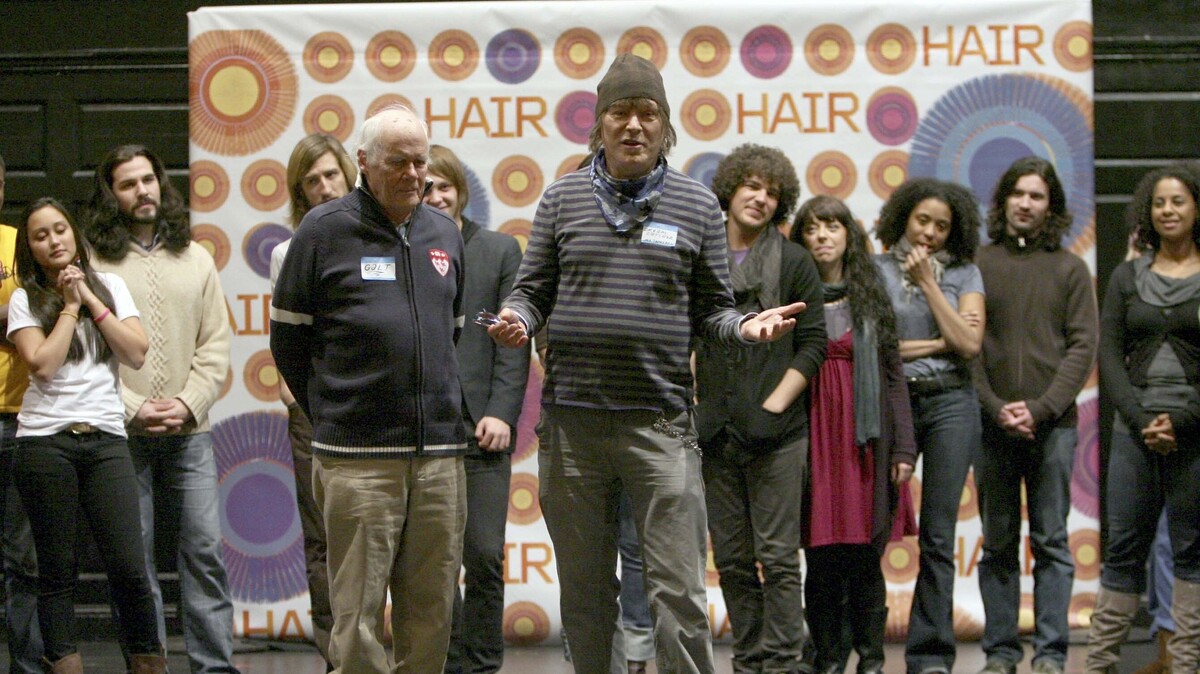 The show is playful and chaotic, but there’s also a sense of outrage in its protests against war, racism, sexism, pollution and the general hypocrisy of an era dominated by the American involvement in Vietnam.

“I’d still like ‘Hair’ to be about what it was about then,” Rado told The Associated Press in 1993. “‘Hair’ had a spiritual message, and it has a mystical message I hope is coming through – there’s more to life than the way it’s been devised for us, explained to us, taught to us. “

The songs of Hair have been used in everything from the films Forrest Gump, Minions and The 40-Year-Old Virgin to TV shows like Glee, So You Think You Can Dance and My Name Is Earl. Billboard magazine lists “Aquarius / Let the Sunshine In” at No. 66 of all-time top 100 songs.

In 2019, the original 1968 Broadway cast recording was inducted into the National Recording Registry of the Library of Congress. Librarian of Congress Carla Hayden deemed “these aural treasures worthy of preservation because of their cultural, historic and aesthetic importance to the nation’s recorded sound heritage.”

Rado was born in Venice, Calif., And raised in Rochester, NY, and Washington, DC After serving two years in the US Navy, he moved to New York and studied acting with Paula and Lee Strasberg.

Rado was part of the ensemble of the Broadway play Marathon ’33 in 1963 and played Richard Lionheart in The Lion in Winter in 1966 opposite Christopher Walken. He met Ragni when he was cast in the off-Broadway musical Hang Down Your Head and Die.

The two were interested in birthing a new kind of show and focused on the hippie scene. They wrote the script while sharing an apartment in Hoboken, NJ Rado originated the Hair role of the draftee Claude on Broadway.

Hair met resistance across the country. In addition to the use of four-letter words, the flouting of authority, sexual references and gross-out humor, the end of Act 1 had the entire cast strip naked to “Where Do I Go” and there was what many believed was desecration of the American flag.

There were church pickets in Evansville, Ind. Municipal officials in Chattanooga, Tenn., Denied a request to stage the show, determining that it would not be “in the best interest of the community.” In Denver, police threatened to arrest anyone who appeared nude onstage. A Boston visit was challenged in court on the basis of flag desecration.

The original Public Theater production had cut the nude scene, but the creators wanted it back for the Broadway debut. Under the law at that time, New York City allowed nudity onstage onstage as long as the actors weren’t moving, which is why the whole cast of Hair stood together in a row, nude and perfectly still.

In 2009, Rado, MacDermot and Ragni were inducted into the Songwriters Hall of Fame. Marilyn McCoo and Billy Davis Jr., of the group The Fifth Dimension, were joined onstage by the Broadway cast at the time for a finale that brought the ceremony’s approximately 1,000 guests to their feet. MacDermot died in 2018.

Rado told the Hudson Reporter in 2009 that none of the show’s creators anticipated that it would have such an enormous impact. “We thought we’d stumbled on a great idea, and something that potentially could be a hit on Broadway, never thinking of the distant future.”

He is survived by his brother Ted Rado, sister-in-law Kay Rado, nieces Melanie Khoury, Emily DiBona and Melissa Stuart, great-nieces and a great-nephew.