WHO says monkeypox is not yet a health emergency


Elon Musk announced a SpaceX Starlink internet plan designed specifically for RVs yesterday, and it’s available now, but with a few differences from its fixed counterpart. Let’s just get all of the downsides out of the way, with the first being that when users travel with the satellite away from their home address, the data is automatically deprioritized, thus resulting in slower internet speeds.

The second caveat is that you’ll have to pay $ 25 more monthly, which brings the total up to $ 135 every billing cycle. Lastly, the internet service shuts down when the vehicle is in motion and will be limited to an as needed basis at any destination where Starlink provides active coverage, also known as deprioritization. However, it’ll be a while until Starlink is able to match the 319Tbps internet data transfer speed record set by engineers in Japan. 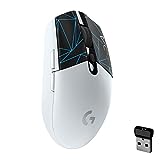 Starlink prioritizes network resources for users at their registered service address. When you bring your Starlink to a new location, this prioritization may result in degraded service, particularly at times of peak usage or network congestion, ”said the company.